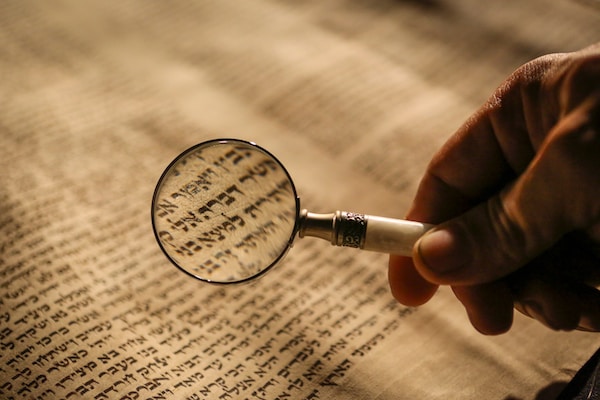 WE PRAY FOR YOU! John McCain
A year ago — Edited

January 23: Pride in Disguise Genesis 37; Matthew 26:57–27:31; Ecclesiastes 9:1–6 Sometimes recognizing our sin for what it is can throw us into deep shame. In Matthew, we find that two of Jesus’ disciples experience this moment of remorse—Judas after he betrays Jesus, and Peter when he denies Jesus. From their responses, we learn what true repentance looks like. Judas is remorseful when he realizes the enormity of his betrayal. But he doesn’t move from remorse to repentance. He tries to absolve his guilt by returning the payment he received for betraying Jesus—an attempt to buy back his innocence. And when the “blood money” is refused and he is unable to eliminate the guilt, Judas hangs himself (Matt 27:5). Peter, the disciple with an impulsive, childlike loyalty to Jesus, denies his Lord when questioned by a mere servant girl. When Peter remembers Jesus’ prediction, he leaves, “weeping bitterly.” However, the Gospel of John tells us that Peter glorified God in his death (John 21:15–19). When sin is exposed, stopping at realization and remorse is tempting. Reveling in self-hate and self-loathing can seem fitting—we feel like inflicting punishment on ourselves will somehow absolve our guilt. But this is simply another form of relying on ourselves—it is pride in disguise. We diminish the sacrifice that Christ has completed. We deny the freedom from guilt and shame that Jesus has bought for us at a costly sacrifice. It’s only when we reach the end of our self-reliance and pride that we can look to the one who actually bore the guilt for us. How are you holding on to guilt and shame? Barry, J. D., & Kruyswijk, R. (2012). Connect the Testaments: A One-Year Daily Devotional with Bible Reading Plan. Lexham Press.

John McCain
A year ago

Hello friends, Here is a tract for you to share with others about our ministry!

John McCain
A year ago

Hello friends I have attached a useful tip sheet to help with your bible studies. Please use this method to study the scriptures and you should find that you will be edified and able to understand the text more accurately. Let me know if you ever need any assistance.

Perhaps the most convincing and hardest to refute piece of evidence confirming the Bible’s truthfulness is prophecy. Prophecy is something that sets the Bible apart from all other religious books.

1 The Bible contains literally thousands of prophecies that have come to pass. In fact, there are 8,362 prophetic verses in the Bible,

2 most of which have already been fulfilled. The amazing thing is that while there have been literally thousands of fulfilled prophecies not once has the Bible ever been wrong - that’s right, it has a 100% accuracy rate, 100% of the time. Prophecy And The Nature of Time The reason Biblical prophecy is so accurate is because God has the ability to see the past, present, and future simultaneously and therefore, can tell us what will happen. In order to understand how God can do this, I should explain a little bit about the relationship between God and time. Most of us think of time as a line; we probably can remember back to grade school, when the teacher drew a line on the blackboard. On the left of the line was the beginning of a kingdom or an event or perhaps someone’s life, and on the right side was the end of this kingdom, event or life. Therefore, we tend to think of eternity as a very long line with infinity on the left and infinity on the right. We visualize God as someone who has lots of time. That may sound nice but it is bad physics. God is not someone with lots of time; rather He is someone who is outside of our space/time*3 domain altogether. As an analogy, think of a parade. Standing on the sidewalk, we can see the floats going by one at a time. We do not really know what is coming until it gets to us. For us, life is a sequence of events: the past has already happened, we are in the present, and the future has not yet happened.

Yet someone in a blimp or helicopter can see the whole parade simultaneously; for him, the beginning and the end (the past, the present, and the future) are all happening at the same time. God is like the person in the blimp – He is outside of our space/time dimension altogether. Since God has this ability to see the past, present, and future simultaneously, He is able to use this ability to tell us what will happen. God can see history before it happens. This is what prophecy and foreknowledge is – history written in advance, before it happens. God, via the Holy Spirit, wrote things in the Bible that, at the time the authors wrote them, could not possibly have been known. (e.g. prophecies covered now, and scientific foreknowledge covered shortly). There is no ‘past,’ ‘present,’ and ‘future’ with God, He just ‘is’ – He is the ‘I AM that I AM’ (Exodus 3:14).

PODCAST FOR THE CHURCH

To listen to the latest podcast for the church, check us out wherever podcasts are streamed!

Pastor John McCain had a vision a few years ago about homeless people living under a bridge. In the vision, one of the displaced individuals had his feet uncovered outside of his tent. Pastor John thought that if he had on a pair of socks , he would feel much better and warmer.

The pastor began to prepare a ministry to not only make disciples but to include a Sock Ministry where socks would be given to those who need them.

Later in 2021, Pastor John later shared his vision with Ms. Janice Euell and Ms. Toni Colwell of the Something to Think About Podcast, who were both touched by the concept of giving socks to the homeless just because we care. From that moment on, the three have been working around the clock to produce the AGAPE Gift Bags that we are asking your help with!

The flyer contains the details if you want to donate to this worthy ministry!

By John McCain
Published 10 months ago
Our address is: Elkridge, Maryland
Unsubscribe to stop receiving newsletters from 21st Century Church of Christ