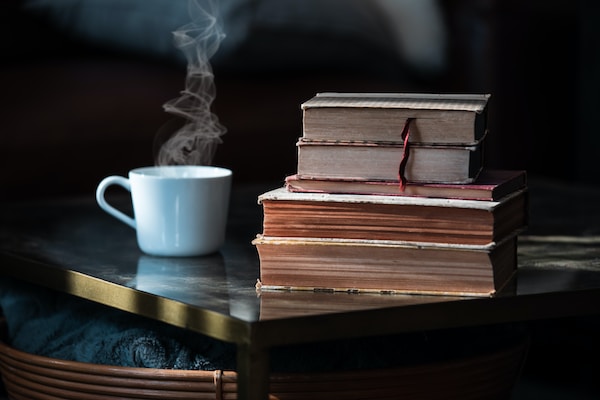 In a time when so many decisions are based on emotion and surface issues, we need to recall that one of God’s greatest gifts to us is wisdom, which He offers in abundance.

This month let’s honor wisdom and commit ourselves to seeking it and using it.

The Word on Wisdom

"Wisdom, like an inheritance, is a good thing and benefits those who see the sun. Wisdom is a shelter as money is a shelter, but the advantage of knowledge is this: that wisdom preserves the life of its possessor.”

On Location: Life Lessons From Around the Globe

We rejoice with those who have recently confessed their faith in Jesus Christ and were baptized into Him.

Elijah Newman - Aug. 5, while on vacation with the Claibournes.

A Great Thing to Pray for Others

"For this reason, since the day we heard about you, we have not stopped praying for you and asking God to fill you with the knowledge of his will through all spiritual wisdom and understanding. And we pray this in order that you may live a life worthy of the Lord and may please him in every way: bearing fruit in every good work, growing in the knowledge of God."

Wisdom: Don't Leave Home Without it!

The Word on Wisdom

"The fear of the Lord is the beginning of wisdom, and knowledge of the Holy One is understanding."

Wisdom is knowing, trusting, and following God. Wisdom is:

"Jesus grew in wisdom and stature, and in favor with God and men."

Things Confucius Didn't Say, But Could Have!

One of the most incredible blessings of being human is the fact that we were created in the image of God. (Genesis 1:26-28)

That means that we, as spiritual persons, can have a conscious, personal relationship with our Creator God. It also means we are rational beings with the ability to think, reason, plan and discern.

We have the ability to understand the difference between good and evil, and to choose one or the other following careful consideration.

To discern is to mentally separate a thing from another by careful analysis. It implies critical thinking. Discernment is the opposite of simply believing or accepting everything we hear without really examining it.

Proverbs 14:15 warns, "A simple man believes anything, but a prudent man gives thought to his steps."

In Joshua 9, the Israelites were deceived by another group of people because they accepted lies and did not inquire of the Lord. Their lack of discernment affected them for many years.

As a child I was far too trusting. I believed in people and assumed most of them consistently told the truth. I thought that any person with authority or influence was an honest person with integrity.

But as I grew up in the tumultuous 1960's and spent time in several communist nations in the 1970's I experienced a needed wake-up call. It became clear that many people, leaders, and nations are not only not committed to truth, but rather thrive on deception.

That should not surprise us since Satan is a deceiver and liar (Genesis 3 and John 8). He "masquerades as an angel of light" (II Cor. 11:14). He also readily uses as his tools people who are not committed to God and truth, or who have a certain agenda.

So the book of Proverbs calls us to use wisdom and discernment. God is the only totally reliable source, having perfect wisdom, love, and power. The rest of us can be mistaken, confused, or deliberately dishonest. That includes the media, people in power, and "experts."

Most of us were taught as a child that it is good to ask questions. That's still true. We need to ponder something I recently read:

"Questioning and doubting what's going on these days does not make you 'anti' anything. Nor does it make you a conspiracy theorist. Actually, questioning is and should be, the place of reason. The fact that questioning has become taboo, should in fact, send a chill up everyone's spine."

Truth matters. Not everyone is committed to truth. Let's be discerning. We are made in the image of God.

Wisdom is Spending Time with God and His Other Followers

Scriptures is quite clear. We need each other:

Our congregation has long enjoyed this time of building relationships, eating, enjoying nature, laughing and praying together. There will be plenty of fun activities to watch or play (volleyball, corn hole, cross-net, bocce ball, spike-ball, ultimate frisbee, and more).

After the meal at 5:30, we'll enjoy a praise and devotional time, more visiting, and more activities. Bring a lawn chair and food item and be a part of this great evening together. Sign up in the foyer so we can estimate who all is coming and what foods are needed.

Verse of the Day