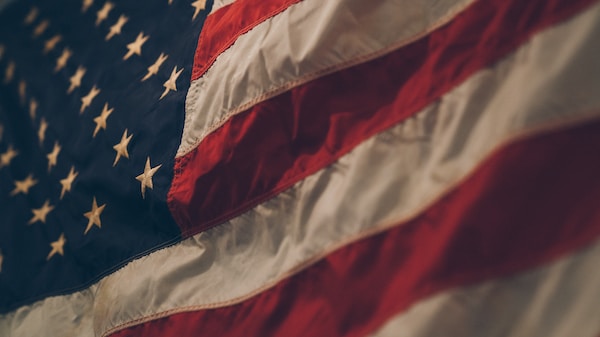 1) I serve a risen Savior

He’s in the world today.

I know that He is living,

Whatever men may say.

I see His hand of mercy;

I hear His voice of cheer;

And just the time I need Him

He lives, He lives, salvation to impart!

You ask me how I know He lives?

He lives within my heart.

2) In all the world around me

I see His loving care,

And though my heart grows weary,

I never will despair;

I know that He is leading,

Through all the stormy blast;

The day of His appearing

Will come at last. (Chorus)

Lift up your voice and sing

To Jesus Christ the King!

The Hope of all who seek Him,

The Help of all who find,

None other is so loving,

So good and kind. (Chorus)

(Please pick up your juice and unleavened bread from the table in the fellowship hall.)

A special offering will be taken to help with the needed $27,500 for outfit and passage.

Giving to the church can be done in a variety of ways:

2)    Bill pay from your financial institution.

If you would like to give to the deacons’ fund or

Thank you for your generous giving to Chewelah Baptist.

1) When Jesus comes to reward His servants,

Whether it be noon or night,

Faithful to Him will He find us watching,

With our lamps all trimmed and bright?

Oh, can we say we are ready, brother?

Ready for the soul’s bright home?

Say, will He find you and me still watching,

Waiting, waiting when the Lord shall come?

2) If, at the dawn of the early morning,

He shall call us one by one,

When to the Lord we restore our talents,

Will He answer you--“Well done”? (Chorus)

3) Have we been true to the trust He left us?

Do we seek to do our best?

If in our hearts there is naught condemns us,

We shall have a glorious rest. (Chorus)

4) Blessed are those whom the Lord finds watching,

If He shall come at the dawn or midnight,

Will He find us watching there? (Chorus)

Today and Wednesday's sermon will be posted at chewelahbaptist.org. Links will be sent through email and through our church Facebook account.

I know a fount where sins are washed away.

I know a place where night is turned to day;

Burdens are lifted, blind eyes made to see;

in the blood of Calvary.

Title: Who are We to Remember?

servant = The word has been translated as “deacon, minister, and servant.”

that you assist = to assist ⇔ be there for — to help or assist, conceived of being in someone’s presence ready and willing to help. (Rick Brannan, ed., Lexham Research Lexicon of the Greek New Testament)

F. Hard Workers in the Lord

“Labored much” connotes hard work to the point of exhaustion. The context suggests she (Mary) might have ministered in the church at Rome since its founding and been mentioned to Paul by others (possibly Priscilla and Aquila). But nothing more is known of her. (John MacArthur Jr., ed., The MacArthur Study Bible, electronic ed. (Nashville, TN: Word Pub., 1997), 1724.)

Aristobulus was brought as a hostage with his brother Herod Agrippa to Rome. This Aristobulus was trained with the future emperor Claudius. Aristobulus later protested the action of the then-emperor Caligula, who decreed that his statue should be placed in the Jerusalem temple (Josephus, Ant. 18.273–76). After Aristobulus’s death (ca. AD 45), his household was absorbed into the household of his friend Claudius, now emperor. Thus, those of the household of Aristobulus probably were Christian slaves or freedmen who constituted a tenement church. (C. Marvin Pate, Romans, ed. Mark L. Strauss and John H. Walton, Teach the Text Commentary Series (Grand Rapids, MI: Baker Books, 2013), 311.)

An inscription found in Corinth by archaeologists in 1929 reads, “Erastus, in return for the aedileship, laid the pavement at his own expense.” (C. Marvin Pate, Romans, ed. Teach the Text Commentary Series (Grand Rapids, MI: Baker Books, 2013), 323.)

In 95 a.d. two distinguished Romans were condemned for being Christians. The husband was executed and the wife was banished. The name of their chief servant was Nereus—this may be the same Nereus mentioned here and he may be the one who brought the gospel to them. (David Guzik, Romans, David Guzik’s Commentaries on the Bible (Santa Barbara, CA: David Guzik, 2013), Ro 16:5b–16.)

remembrance = to affectionately recall what Jesus did for you

remembrance = the act of putting something in the mind for attention or consideration (Rick Brannan, ed., Lexham Research Lexicon of the Greek New Testament)