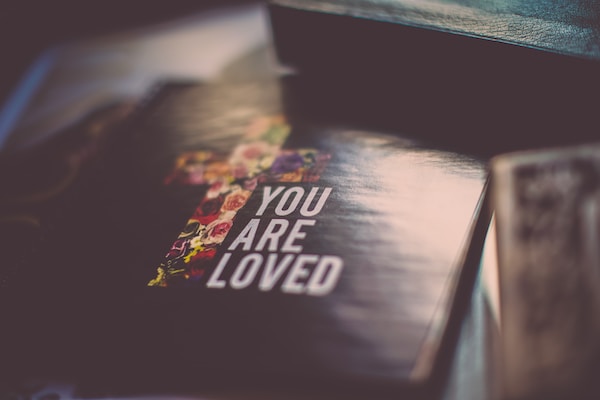 A Word From the Pastor

Greetings in the name of the Lord! Summer is officially behind us and autumn is making itself known. Oh how I wish I could say that COVID-19 is behind us and we are moving forward as if it never happened, but alas, I cannot do so. However, I refuse to let this get me down! God has a perfect plan and purpose for this "season of testing" we are in.

Today, Friday October 2, 2020 our governor has stated that NC will be going into phase 3 of reopening. This is getting us much closer to "business as usual" but we're not quite there yet. You may have been wondering what this means for our church services, so let me explain my plans for the next few weeks.

This plan, like any plan, is not perfect, but a good plan you can act on today is better than a perfect plan tomorrow. I trust you will continue to pray and support the ministry of Grace Baptist Church. If you are enjoying these newsletters, have questions or requests please email us at gbcofgso@gmail.com Have a blessed day!

I will move on now, to the person of Yeshua Ha Mashiach , Jesus the Messiah.

Jesus was born a Jew (He is still a Jew). He was born into an earthly Jewish family, was raised in the Jewish faith, attended the synagogue, and was circumcised on the eighth day, in accordance with Mosaic Law. He knew the Hebrew Scriptures, and observed all the rituals and feasts of the Jews in His day.

He lived a kosher lifestyle and adhered to the law laid out in the Torah. The Scripture that He used was most likely the Septuagint version, which was much like the Old Testament in today's Bibles. The Septuagint Bible was developed somewhere in the third century B.C. Of course, when Jesus read Scripture in the synagogue, it was from scrolls. The New Testament was probably gathered together in its present form sometime between the third and fifth centuries A.D. It is difficult to declare a specific date of origin. The fact remains that we have both the Old and the New Testaments together in one Book, and that is sufficient!

Forgive me for straying into Bible history! But while I'm at it, permit me to add a few comments about the Bible. The Bible is a fascinating book! It is like a jigsaw puzzle, and each piece fits into an exact spot — no piece can fit anywhere else — and all the pieces fit together comprise a beautiful picture of God's grace and mercy. The Bible consists of 66 individual books; 1,189 chapters; 31,102 verses; and 788,280 words! There are sections on history, from Genesis to Revelation; on prophecy, again from Genesis to Revelation; poetry — Psalms,

Proverbs; and instruction, found throughout the entire Bible. It is a story of how God chose, out of all the peoples of the world, the Jews to be His instrument to proclaim His Name to mankind, to be an example of how men ought to live, and to point the way to the Messiah, Jesus Christ. Sadly, the Jews did not accomplish all that Jehovah had ordained them to do, and that has led to centuries of persecution. I strongly encourage you to read your Bible every day, from Genesis to Revelation. You will be surprised at the things that will leap out at you!

Now that I've digressed, let me return to the subject at hand!

Jesus was sent by Father God to fulfill, in His Person, all the requirements of that Mosaic Law, and to redeem the lost sheep of the House of Israel only. He called only Jewish men to Himself as His disciples, He instructed His disciples to go forth only to the Jewish People. The spreading of the Gospel to Gentiles was commenced later, after the Jews as a nation had rejected Jesus as their Messiah; although Jesus did allude to that in John 10: 16, "And other sheep I have, which are not of this fold: them also I must bring, and they shall hear My voice; and there shall be ONE fold, and one shepherd "

As just said, the original disciples were Jews, the first apostles were Jews, the first converts were Jewish, the first church was Jewish. And it is in this Judaism that our Christianity has its roots. The Bible is a Jewish book! The entire Bible was written by Jews (with the exception of Luke and Acts). It was written by Jews, to the Jews, for the Jews, and, to a large extent, about the Jews. The church had its birth in Jerusalem, at Pentecost, as recorded in Acts, chapter 2, and the believers were first called "Christians" at Antioch.

Christianity spread to the Gentiles, by the direction of God, through the apostles. The first recorded instance in the Bible, was Simon Peter who, at the Lord's command, took the Gospel to Cornelius, a Roman centurion, who lived in Caesarea. And then came Saul of Tarsus, who experienced his calling while on the road to Damascus to wreak havoc on the believers in that city. Under Christ's guidance and direction, Saul, whose name was changed to Paul, was sent to proclaim the Lord's Gospel to the Gentiles. And from that moment, Christianity began to spread throughout the entire world.

Permit me to quote that great Christian from bygone years, Horatius Bonar, who stated: Let us speak reverently of the Jew — if not for what he is, at least for what he was, and what he shall be, when the Redeemer shall come to Zion and turn away ungodliness from Jacob. (Isaiah 59:20, Romans 11:26) In him we see the development of God's great purpose as to the woman 's seed, the representative of a long line of kings and prophets, the kinsmen of Him who is the Word made flesh. It was a Jew who sat on one of the most exalted thrones of the earth; it is a Jew who now sits upon the throne of heaven. It was a Jew who wrought such miracles once on our earth, who spoke such gracious words. It was a Jew who said, "Come unto Me and I will give you rest; " and a Jew who said, "Behold, I come quickly, and my reward is with me. " It was Jewish blood that was shed on Calvary; it was a Jew who bore our sins on His own body on the tree. It was a Jew who died, and was buried, and rose again. It is a Jew who liveth to intercede for us, who is to come in glory and majesty, as earthly judge and monarch. It is a Jew who is our Prophet, Priest, and King Let us, then, speak reverently of the Jew. " And this same Horatius Bonar penned the following hymn:

Forgotten! No; that cannot be,

All other names may pass away;

But thine, my Israel, shall remain In everlasting memory.

Forgotten! No; that cannot be,

The oath of Him who cannot lie

Is on thy city and thy land,

An oath to all eternity.

Forgotten of the Lord thy God!

No, Israel, no, that cannot be,

He chose thee in the days of old

And still His favor rests on thee.