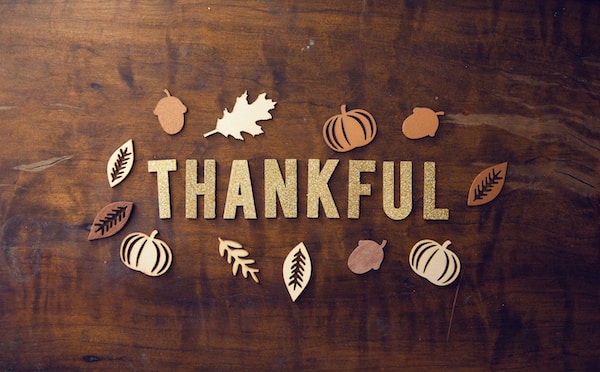 A Word Form the Pastor

Greetings in the name of our Lord Jesus Christ! What a month November has been! As you probably know, I endeavor to have these newsletters out the first week of each month. You do not need me to tell you that this letter is late! For my tardiness I apologize, and to make up for I am going to give you some really big announcements!

First, I want to let you know that our annual church auction is going on right now as we speak! This year it looks different as it is a virtual auction in place of an in-person auction. If you are interested in some good deals you may find it here: https://www.facebook.com/gbcofgso …local pick up only, we do not deliver, all bids final this Saturday, November 21, at 5 PM Eastern standard time. Please only bid in dollar increments.

Second major announcement, beginning Sunday, December 6th, we will be going back to three services a week! Sunday morning will remain at 10:15, sorry no Sunday School at this time. Sunday evening service starts at 6 PM and Wednesday prayer and Bible study starts at 7 PM. *Social distancing standards are still in place and please wear your mask until seated.

Third Announcement, we are planning a HUGE Christmas celebration meal following the morning service on December 20. We are planning on the church providing ham and turkey and are asking our guests to please bring side dishes and desserts to complement our meal. *As always we are taking extreme cleaning measures to ensure everything is sanitized for our services and we are thrilled and blessed to be able to serve God even in these days!

Final announcement, this newsletter will be the final newsletter for 2020 as I will be taking the month of December to prepare for the upcoming 2021 season. Don't worry, there will be a new edition of the Grace Gazette and the latest installment of "God's Chosen People" in January of next year. Until we meet again, may God bless you!

(Blessed art Thou, O Lord our God, King of the universe!)

Human choices are often governed by emotions. God's choices are always in accordance with His predetermined plan, to bring about His preordained result. Man is prone to choose the first, the largest, the strongest, the most appealing, the most attractive, the most apparently desirable, the highest, often without giving much thought to the consequences of his choices.

A careful reading of Scripture, however, will reveal that God often chooses the second, the smaller, the weaker, the least appealing, the least attractive, the least apparently desirable, the lowliest. But His choices are always with a preconceived result in mind.

You will discover that God chose David, the youngest of Jesse's sons, a lowly shepherd boy, to be the King over Israel and Judah, God's Chosen People. He then elected Solomon, the son of Bathsheba, the woman with whom David committed adultery, to succeed his father David on the throne, and to become a great king, displaying uncommon wisdom.

Throughout the Old Testament you will find that God often chose common, ordinary people, to perform mighty deeds of valor, to become prophets, priests, and kings. Even Ruth, a Moabite woman, who chose to accept her mother-in-law's God and people and religion as her own, rather than remain in her homeland; who married Boaz and became a forerunner of our Savior, Jesus Christ Even Christ, Himself, as He was calling out the ones who became His first disciples, chose plain men, fishermen, shepherds, tax collectors, to be the ones that would take His message of redemption to the world. Many times, Jesus proclaimed that the first would be last, the last would be first, he who aspired to be the greatest must first be a servant. Jesus, Himself, knelt and washed the disciple's feet, and He referred to Himself as the Good Shepherd (John 10).

So, God, in His sovereignty, chose Abram, out of all the peoples in the world, to be the one through whom His Chosen People would appear.

This does not, in any way, mean that God did not, or does not, love the other peoples and nations. On the contrary, God loves everyone! He chose this people to be a special people, a unique people. Israel was to function for humanity in an essential priestly role before God, for the redemption of the world. Israel was to represent God to the nations until "all the ends of the earth shall see the salvation of our God." (Isaiah 52: 10) By keeping God's Torah, Israel was to be a picture, or a foreshadowing of God's future kingdom, that would be ruled with righteousness, justice, and truth. God's intention was that the nations would be aware of Israel's unique religious life and would be drawn to it — to God and His Divine Nature.

This is a Bible study: it is based upon "Thus saith the Lord!" It is by no means a platform to broadcast "Thus saith John Marshall!" Naturally, some of my own thoughts will show up in this discourse: that cannot be avoided. But it is a BIBLE STUDY, so to the Bible we will go!

We were examining the thought that the Israelites, Hebrews, or Jews, as you prefer, are God's Chosen People. Here are a few slices of Scripture that declare that premise to be a fact, without question, without a doubt.

"Now therefore, if you will obey My voice indeed, and keep my covenant, then ye shall be a peculiar treasure unto Me above all people: for all the earth is Mine: and ye shall be unto Me a kingdom of priests, and an holy nation. " (Exodus 19:56)

"For thou art an holy people unto the Lord thy God: the Lord thy God hath chosen thee to he a special people unto Himself, above all people that are upon the face of the earth. The Lord did not set His love upon you, nor choose you, because ye were more in number that any people; for ye were the fewest of all people: but because the Lord loved you, and because He would keep the oath which He had sworn with your fathers, hath the Lord brought you out with a mighty hand, and redeemed you out of the house of bondage, from the hand of Pharaoh king of Egypt. " (Deuteronomy 7:6-8)

"For thou art an holy people unto the Lord thy God, and the Lord hath chosen thee to be a peculiar people unto Himself, above all the nations that are upon the earth. " Deuteronomy 14:2)

"And the Lord hath avouched thee this day to be His peculiar people. as He hath promised thee, and that thou shouldest keep all HIS commandments; and to make thee high above all nations which He hath made, in praise, and in name, and in honor, and that thou mayest he a holy people unto the Lord thy God, as He hath spoken. " Deuteronomy 26:18-19)

"For the Lord Will not forget HIS people for HIS great Name 's sake: because it hath pleased the Lord to make you His people. " (I Samuel 12:22)

"For the Lord hath chosen Jacob unto Himself, and Israel for His peculiar treasure. " (Psalm 135:4)

"But thou, Israel, art My servant, Jacob whom I have chosen, the seed of Abraham My friend. " (Isaiah 41:8)

These few statements from Scripture offer undeniable proof that Israel, the Jewish People, are indeed God's Chosen People. There can be no argument against this fact. There are many other passages in Scripture to bolster this truth: time does not allow me to examine all of them. I suggest that a good study Bible will enable you to discover these remarkable statements for yourself.