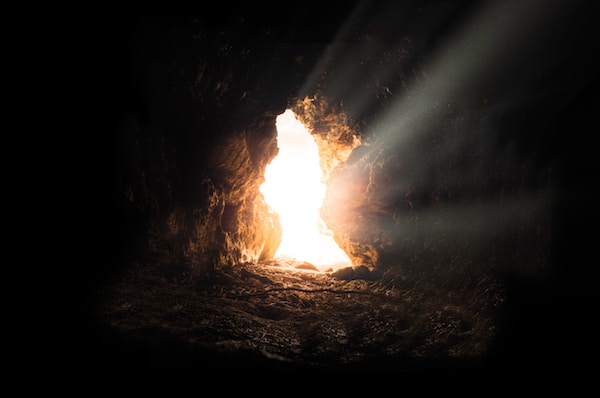 We will now move on to the promises God gave the Jewish People regarding the Holy Land He would give them to possess in perpetuity.

It is important for us to understand that God’s covenant with Abraham – that his ancestors would be as numerous as the sand of the sea, and that they would be a blessing unto all the peoples of the earth – was an unconditional covenant. The people did not have to do anything for this covenant to be effective: only God had to uphold the covenant. God chose this ethnic group simply because it was His will to so choose there were no conditions attached on the part of the people: God swore by Himself that it would be so.

On the other hand, His promise to give Israel a large chunk of real estate for a permanent possession was a conditional covenant: if you do this, I will do that: if you do not do this, I will make you sorry! The people initially agreed to accept His terms but, alas, they failed miserably to abide by the agreement. The land of Israel is God’s inheritance for the people He chose for His purposes, and it is Israel’s forever. Whether Israel lived in the land or out of the land, however, was dependent on the nation’s obedience. Israel’s possession and occupation of the land were dependent on one thing, and one thing only: obedience! Israel’s promise of land was an eternal promise, but her possession of that land rested on her obedience to the One who gave it to her. Whether Israel lived in the land or was dispersed out of the land for disobedience, it was hers nonetheless to possess.

Now let us turn to Scripture and examine this promise.

“And Abram took Sarai his wife, and Lot his brother’s son, and all their substance that they had gathered, and the souls that they had gotten in Haran; and they went forth to go into the land of Canaan; and into the land of Canaan, they came. And Abram passed through the land unto the place of Sichem, unto the plain of Moreh. And the Canaanites were then in the land. And the Lord appeared unto Abram and said, ‘Unto thy seed will I give this land: and he builded an altar unto the Lord, who appeared unto him.” (Genesis 12:5-7)

“And the Lord said unto Abram, after that Lot was separated from him, ‘Lift up now thine eyes, and look from the place where thou art northward, and southward, and eastward, and westward: for all the land which thou seest, to thee will I give it, and to thy seed forever.’” (Genesis 13:14-15)

“In the same day the Lord made a covenant with Abram, saying,’ Unto thy seed have I given this land, from the river of Egypt unto the great river, the river Euphrates.’” (Genesis 15:18)

“’And I will bring you in unto the land, concerning the which I did swear to give it to Abraham, to Isaac, and to Jacob; and I will give it to you for an heritage: I am the Lord.’” (Exodus 6:8)

“And hast brought forth Thy people Israel out of the land of Egypt with signs, and with wonders, and with a strong hand, and with a stretched-out arm, and with great terror: and hast given them this land, which Thou didst swear to their fathers to give them, a land flowing with milk and honey.” (Jeremiah 32:21-22)

So now we have established that Jehovah God did, in fact, promise to give Eretz Yisrael, the Land of Israel, to His Chosen People, the seed of Abraham, the Jews. Again, there is no room for argument: it is an undeniable truth!

To possess the land, and live in it, and enjoy the benefits of that inhabitation, the people must abide by the commandments set forth by God. Deuteronomy 28: 1-14 sets forth, in detail, the blessings the people would enjoy by keeping the Lord’s commandments. Verses 15-68 describes the woes that would befall the people if they refused to abide by His commandments. Chapters 29 and 30 shed further light on this. (These blessings and curses are also revealed in Leviticus 26:1-13 [blessings] and 14-46 [curses]). For ease of reading and understanding, I will use the New Living Translation of the Bible as we study these blessings and curses listed in the 28th chapter of Deuteronomy.

Having ascertained that the Jewish People are God’s Chosen People, and that the land of Israel is rightfully theirs forever, we will come to an examination of the dispersions of this people and the persecutions they have endured through many centuries of time. But first I would like to lay a little groundwork leading up to the causes of the Diaspora. God, in effect, allowed Israel to make her own decision to enter an era wherein they would be despised and persecuted by most of the nations and peoples of the world, and to suffer the cruelties and atrocities perpetrated upon her.

We read in the book of Deuteronomy, chapter 28, just what Israel may expect from God through their obedience to His ordinances and commandments. On the other hand, and this list is long, we find what they can expect if they do not obey God’s directives, if they rebel against Him and forget all He has done and is doing for them, and choose to depend upon their own merits and strength, or, worst of all, if they choose to follow and worship other gods; idols of wood and stone, that neither see, nor hear, nor speak: the idols and gods worshipped by the nations they are to dispossess!

In His omnipotence, God knew that His children would become disobedient, yet He still displayed His patience with them, His desire to keep them under His love and care, and his reticence to discipline them. He set before them a choice: obey My commands and you will be blessed beyond hope and expectations or disobey and suffer the disastrous consequences of My wrath. Verses 1 through 14, about 20%, of Deuteronomy 28 lists the blessings they will enjoy because of their obedience. Verses 15 through 68, approximately 80% of the chapter, goes into detail concerning the curses that will befall them if they choose to disobey. The greater length of the curses section was likely meant to foreshadow Israel’s eventual failure under the covenant.

A Word From the Pastor

Greetings in the name of our Lord and Savior, Jesus Christ!

My friends, subscribers, and faithful readers of the Grace Gazette, I want to apologize for the extended period between issues of this newsletter. The truth is, I am happy to tell you, ministry at Grace Baptists has been getting much busier, so my time to edit and put these letters together has been affected. This is a great problem to have!

As you know, we just celebrated the resurrection of our Savior, and on the heels of this wonderful event, we at GBC are in the process of heading back to normal! Last year was a year none of us were prepared for. As a young pastor of a growing church, I was perhaps too cautious in getting back into the swing of things. However, it appears we are moving ahead full steam! I want to share in this message some of the things we are working on for the coming months:

First, we are pleased to announce that evangelist, and my dear friend, Bruce Frye, will be with us on May 30th, for both the morning and evening services. If you have never heard of brother Bruce, you are missing a blessing! I can say few people in this life are genuine, but Bruce Frye is one of them.

Second, we are moving forward with homecoming! Sunday, June 13th will bring us to our 71st year of ministry in Greensboro! Our special speaker will be Dr. Glenn Mathews and there will be a fellowship meal following.

Some other things that are in the works, and we are prayerful hoping will be ready by summer's end will be the reopening of our children's ministry including a VBS in July. Lord willing this summer will also see the reopening of Sunday school.

These are just a few of the things in the works for the upcoming months, and may I say, there will be many more on the horizon as we move forward trusting God! If you are in the Greensboro area, if you are looking for a Christ-centered church, look no further than Grace Baptist Church! Feel free to listen to our latest messages on Facebook at https://www.facebook.com/gbcofgso