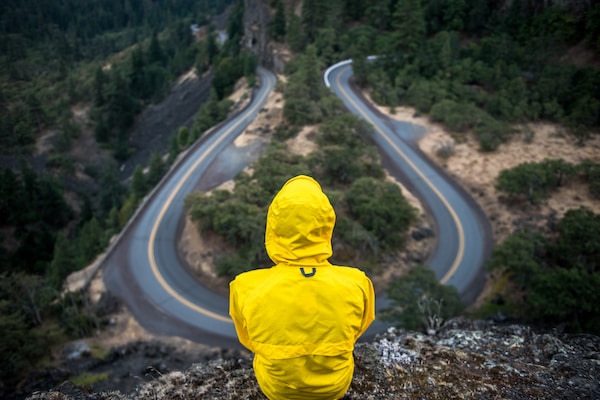 The men of Ephraim, though armed with bows, turned back on the day of battle. - Psalm 78:9

In life’s battles, our level of commitment is determined by our measure of remembrance. During a church worship service, a three-year-old girl displayed one of the most innocent acts of dedication. As the offering plate was being passed around, she took the plate out of her father’s hand and put it on the floor. Her parents were instantly shocked by her apparent display of defiance. They were further embarrassed when their three-year-old decided to stand in the middle of the offering plate while the deacon waited to receive the offering. Her father grabbed her arm and smilingly stuttered, “Honey, why are you doing that?” She replied, “Because they taught me in Sabbath School that my whole body was to be offered to God.” Although it took a while to convince the little girl to step out of the plate, her father immediately got the point – he was reminded that God wants all of him, not just a part of him. This story may sound corny but it emotively illustrates that God seeks our full commitment!

In Psalms 78:9, the story is told of the men of Ephraim who turned their backs in the day of battle. They possessed everything they needed to win the battle, including their bow weapons, but they lacked one thing – commitment! I can imagine these men stood tall and brave the day before the battle. I am sure they spoke confidently about their abilities and skills, but when the day of battle came, when their bravery counted the most, the Ephraimites turned their back.

Have you ever had someone turn their back on you just at the time you needed them the most? Their words of loyalty and their presence in times of peace gave you the unmistakable impression that they would always be around. However, when the day of battle came in your life, when they heard that there may be some trouble ahead for you, they turned their back in your time of battle. It is one thing to fight a battle, it is a totally different thing to have to fight a battle alone.

You might wonder why did Ephraim turn their back in the day of battle? They had everything they needed since they were armed with bows. In fact being an archer meant they could fight the battle from a “safe” distance, so why did they turn their back? Verse 11 tells us, “They forgot what he had done, the wonders he had shown them.” It appears that Ephraim had a bad memory, they forgot the miracles that God had done right before their very eyes. It is amazing how remembering God’s goodness can bring light and comfort during our darkest moments. Could it be that what we think is a commitment problem is really a memory problem? That when we remember God’s goodness in our lives, it gives us the strength to not turn back, rather it motivates us to move forward whenever things get tough.

Recently, our campus participated in The Main Event, a yearly initiative where faculty and staff come together to help freshman and transfer students transition smoothly here at Southern. Both days - in particular Sunday - were scorching hot. There was a steady flow of incoming students in need of a helping hand with moving items into their dorm. Despite the heat, in the “heat of the battle” it was inspiring to see staff and faculty rally together to help students move forward. One of the things I love about Southern is that whenever someone needs help, whenever things get difficult and whenever the unexpected happens, people refuse to turn their backs; rather I have seen time and time again people come together when it counted the most.

As we move forward this week, may we also know that we serve a God that never turns His back in the day of our battle. You may be facing a battle right now that is overwhelming, unexpected and causing you to fear; others may have left you and you may be contemplating turning your back in your own battle. In commenting on Jesus’ battle towards the cross, Ellen White writes, “For Him there waits the last battle with Satan, and He goes forth to meet it.”[1] In other words, Christ was so committed to our salvation that He moved forward in His day of battle so that we would never have to face it alone – in our day of battle He promises to fight with us!

What battle are you facing today? The battle may be your finances, your marriage, your degree, your children, your parents, or needed changes you have to make because of COVID-19. If you are honest with yourself, do you feel like turning back from your battle?  Write down the things that God has done for you and the wondrous acts that He shown you. This very act of remembering God’s goodness can give you the strength to fight your battle.

God, thank you for never turning your back on me in the day of my most challenging battles. Forgive me for the times I have not remembered your goodness towards me, remind me that I have nothing to fear of the future unless I forget how you have led me in the past. I trust that you will not only give me the strength to fight my own battles today, but you will equip me to help others fight their battles too. Your eternal love for me was displayed on the cross, so I hold onto the promise that because You faced the cross alone, I will never need to fight alone!